I first met Doreen Spence in the basement classroom of Wild Rose College back in the days when they hosted workshops and classes in person. It was the year 2001 and I can still remember the feeling of stepping into that classroom space like it was yesterday; the classroom was filled with the beautiful aroma of burning plants & medicines, a woman with a  long dark braid, beaded hair clip and ribbon skirt sat side-saddled on the floor with a medicine altar in front of her.

That day we listened hard, opened our hearts to learn, journeyed with her and our ancestors; most of us cried.

For me that day was momentous. It was that day that I felt a reconnect to my culture that because of colonialism I felt purposefully disconnected to.

That day I renewed my sense of pride in my culture that I hadn’t experienced in a long time; in her face I saw the faces of my grandparents looking back, of the strength in our indigenous culture, the strength of woman’s teachings, and immediately I knew that I was to continue my work with this person.

That day started me on the path to the healing work that I do and offer to my community now.

The class ‘Traditional Native Teachings’ that was offered at Wild Rose College for those many years became a home to many peoples life transformations and to profound medicine teachings that I personally witnessed for the 10 years that I volunteered my time to sit beside Doreen in that circle.

From the classroom space Doreen guided those to the land based teachings with her generous sharing of the sweat lodge, full moon ceremonies, vision quests and other medicine teachings, and for almost two decades I sat with her in those spaces and in travel being witness to the profound medicine & love that is Kokum Doreen.

Raised by her grandparents, Doreen Spence, Bald Eagle Woman Who Leads, was born in what is known as Northern Alberta on the Onihcikiskwapowin, Saddle Lake Cree Nation. She was one of the first Indigenous woman to obtain a Nursing Certificate in which she was a force of nature and caring in her field for over 40 years. Doreen was instrumental in the creation of many Indigenous led organizations and initiatives in Calgary and around the globe, notably including her work with the creation of the ‘United Nations Declaration on the Rights of Indigenous Peoples’. She has won many awards for her work as an activist including the Indspire award, the North American Council on Adoptable Children’s award, a Nobel Peace prize nominee and recently the Order of Canada.

With a strong voice, big heart and global mind her accomplishments are many, and with an abounding generosity and energy she continues to share so much with us all, most profoundly to me how she walks with gentleness upon this earth with respect for all loving things and as the embodiment of the unconditional love that she espouses.

Today we congratulate Elder Doreen Spence on her being awarded as an Officer of the Order of Canada for her work as an internationally respected Elder, advocate of peace and Indigenous peoples human rights. A respected Elder, activist, mother, grandmother and community member who has touched so many lives.

Congratulations on this very much deserved recognition. <3 Doreen Spence taught at Wild Rose College in Calgary for 20+ years and worked out of Wild Rose Clinic for 10+ years.

Learn more about the 3 new inductees into the Order of Canada here.

Learn more about Doreen & her journey and career in nursing here.

Read some of Doreen’s poetry and some traditional teachings in “Sharing My Personal Sense of Space” here. 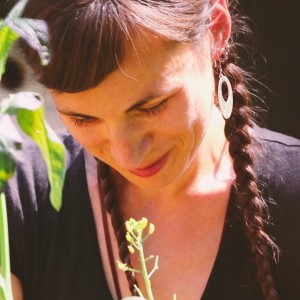 Tiffany Freeman
Dr. Tiffany Freeman graduated from the Wild Rose College of Natural Healing in 2004 with a diploma in Clinical Herbology where she mentored under Dr. Terry Willard Ph.D. She instructed at the college from 2004 to 2011. Tiffany incorporates her cultural and traditional values as a person of Cree First Nations descent with her studies and practice of Traditional Chinese and Western herbal medicine to create a wholistic healing experience for her patients.
Leave a comment Top 10 Hot Herbal Reads Summer is here…who’s ready to get their read on? Check out some of our staff 10 Must-Reads by Indigenous Authors In honour of Indigenous History month, we wanted to feature some of our favourite Indigenous